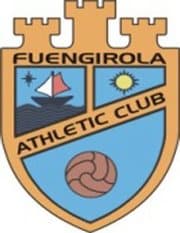 Fuengirola boasts its own football club Athletic Club Fuengirola with no less than nine teams at various ages and, of course, a senior team who were promoted in season 2011/2012 from Andalucia’s Senior Regional Preferente to Primera Andaluza Grupo 3. In their first season in the higher echelon they more than held their own with some exciting and high-scoring games . This is a long way down from the Real Madrid, Barcelona and Málagas of the world but the players still share the passion …. if not the pay-cheques! The team is only two season’s old and achieved promotion in it’s very first season. This season hopes are high again of another promotion and all is looking good to date. In fact, the 2011/2012 season was a remarkable one for the club as no less than FIVE of their teams topped their respective tables and two more were runners-up!

The first team’s (senior, in Spanish) home games are played at the modern Elola Municipal Stadium about 5 minutes walk from the railway station throughout the season, September – May/June) Full details of all fixtures, results etc can be found on the Facebook page. They also have a website in Spanish and a twitter account.

The best way to enjoy the football is by buying a “carnet” (season-ticket, see below). This is ONLY 20 euros for the entire season and represents tremendous value. If you only watch 4 or 5 games each season it has more than covered itself! In Spain, it is common for every club to have a Día del Club which is “all pay” but if you want to watch and support your club, then the carnet is by far the best option.

For more details of the league, opponents, the league table etc there is the the excellent Preferente site in Spanish. 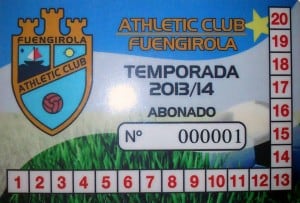