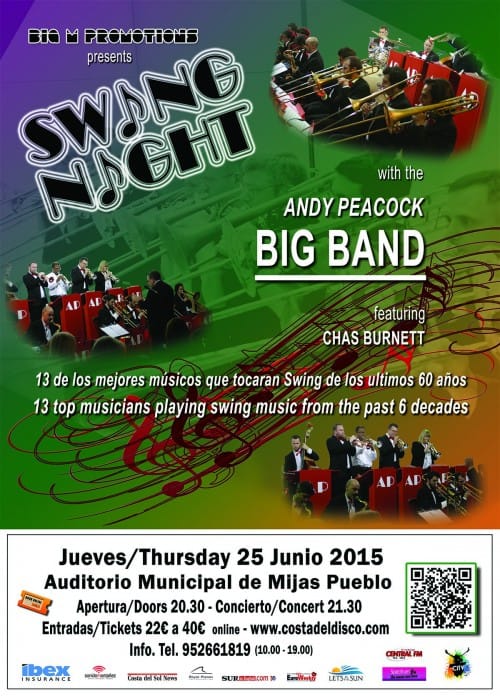 A night for ‘Swingers’!

Swing music, or simply ‘Swing’, is a form of American music that developed in the early 1930s and became a distinctive style by 1940. Swing uses a strong rhythm section of double bass and drums as the anchor for a lead section of brass instruments such as trumpets and trombones, woodwinds including saxophones and clarinets, and sometimes stringed instruments such as violin and guitar, medium to fast tempos, and a “lilting” swing-time rhythm. The name swing came from the phrase ‘swing feel’ where the emphasis is on the off–beat or weaker pulse in the music. 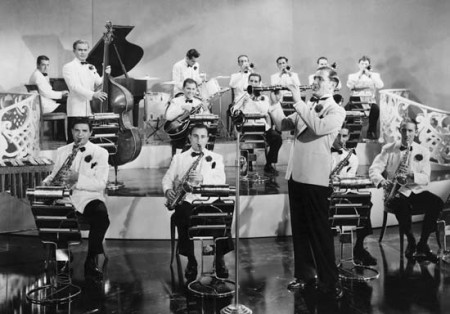 Swing bands usually featured soloists who would improvise on the melody over the arrangement. The danceable swing style of big bands and bandleaders such as Benny Goodman was the dominant form of American popular music from 1935 to 1946, a period known as the Swing Era. The best-known bandleaders of the Swing Era were Count Basie, Cab Calloway, Duke Ellington, Benny Goodman, Woody Herman, Glenn Miller, and Artie Shaw.

The big Bands of the day needed to develop their style to encompass the “Swing” feel and arrangers, such as Nelson Riddle, were brought in to write the scores. This brand of music was made more popular by vocalists such as Frank Sinatra, Bobby Darin, Dean Martin, Matt Monro, Judy Garland, and Nat King Cole, as well as jazz-oriented vocalists like Ella Fitzgerald and Keely Smith.

Swing music saw short revival in the late 1950s and 1960s, today the music from this era is sometimes referred to as easy listening. It was, in essence, an updated form of the big band swing music that had been popular in the 1930s and 1940s. This music, however, emphasized the vocalist more so than the instrumentation. Like the music of the Swing Era, many of these songs were also selections from the Great American Songbook, recently revisited by Rod Stewart amongst others. 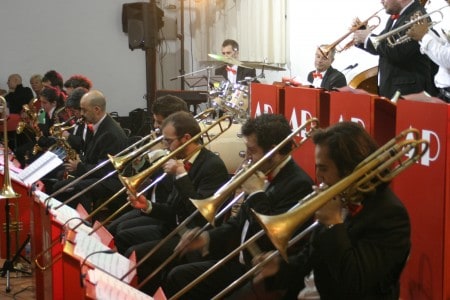 Michael Bublé and Harry Connick Jnr. are probably the most well-known performers of modern Swing music, and TV talent shows like “The X Factor” also feature Big Band week as part of the programme, with the majority of the performers rating it as their best experience performing live.

Lovers of ‘Big Band’ and ‘Swing’ music will be pleased to know that accomplished trombonist Andy Peacock has put together his own Big Band, comprising of 13 multi-national professional musicians, and they are performing around Spain at selected venues.

“Swing Night”, on Thursday 25th June, in the atmospheric open-air auditorium in Mijas Pueblo is the first concert in the “Hot Summer Nights” season of live music events organised by Big M Promotions. The Andy Peacock Big Band will be joined by special guest Chas Burnett for 2 hours of great music, with songs old and new in that definitive ‘Swing’ style. During the evening there will also be video clips featuring many of the famous names in Jazz performing their best known songs.

Ticket purchase and more information visit www.ticketsource.eu/bigmpromotions or call the information line 952661819 (10am to 8pm).